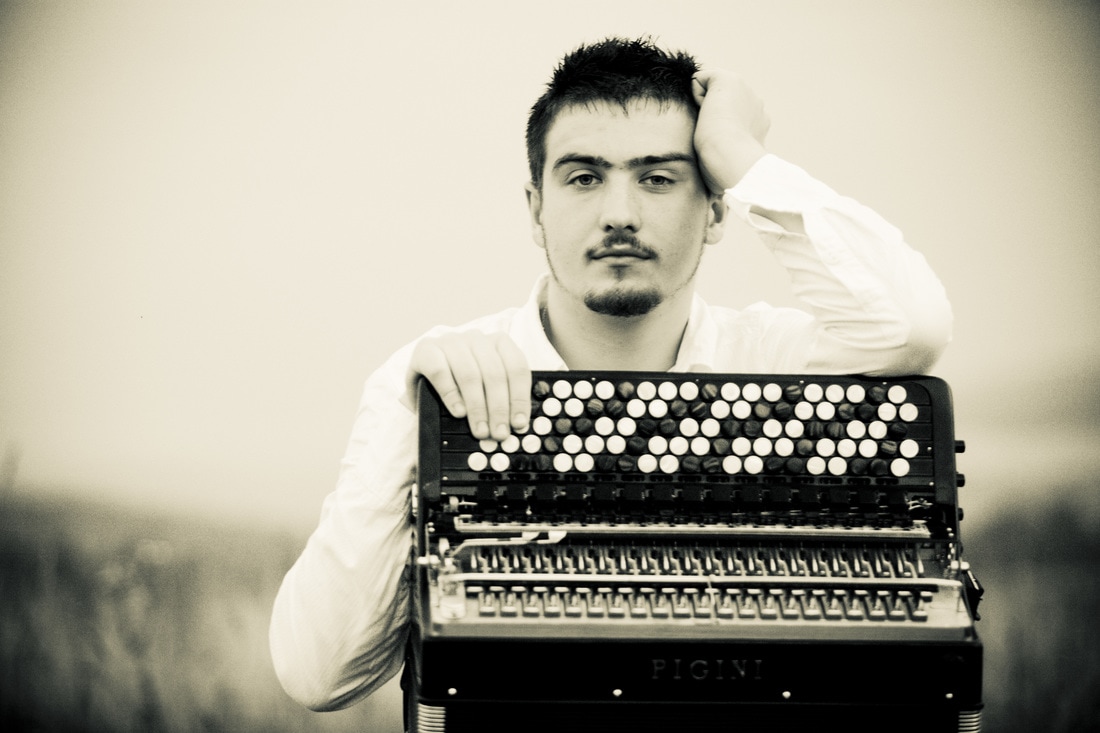 Bartosz is a former winner of the Polish Young Musician of the Year and now, based in London, has established himself as one of the leaders of the new generation of accordionists. Together they are awakening awareness of the place of the accordion in classical music. His programme will include transcriptions of classical works together with many original pieces, some from his native Poland, for this exotic and kaleidoscopic instrument..

Just suppose a Music Club wanted to test the enthusiasm and loyalty of its audience by putting on a concert so far from the mainstream that no one would come; it might, say, invite an unknown artist who plays an instrument seldom heard in concert; ask him to play a programme of music from a tradition regarded by concert promoters as box office poison; then schedule it for mid-winter, checking with the Met Office that it will clash with the aftermath of the worst freeze for decades; then hope that the venue will be double-booked so that the concert will have to be shifted at less than two week’s notice. Then sit back and watch. The result? Just shy of 100 music lovers took all this in their stride and were rewarded by a concert from the young Polish accordionist Bartosz Glowacki who gave us a performance  we shall all recall with much pleasure, and with new-found confirmation that there’s always more good music we haven’t yet heard.
Until recently in England, the accordion has not been regarded as a ‘proper’ instrument for classical music; too many links with the squeeze box in the pub, perhaps. Yet in Europe, particularly Eastern Europe, there has been a tradition of the accordion being accorded equal standing with piano, violin, and being taught in conservatoires. With this has come music specially written for accordion, and this was particularly exciting for us to hear – you could not now, after Sunday, imagine hearing this music on any other instrument. We heard original compositions from nine composers (one French, the others all from Poland and Russia) all of whom were flourishing in the post-Second World War years.
For us uninitiates, what struck was the immense tonal range of the accordion, and the flexibility in which its myriad timbres could be utilised: volume could change from inaudible to overwhelming in a twinkling. The complexity of the sound could be kaleidoscopic – different strands of sound were often laid on each other so that the colour was constantly in flux. Percussive techniques might be introduced; and great masses of sound could serve as a backdrop to highlighted melodies; the variety of the sound-world was breathtaking. A real feast for the ear.
Two works from the first half made an immediate impression – Vaclav Trajan’s Destroyed Cathedral was a moving reflection on the horrors and consequences of war. Trajan was Czech and was a music director for Czech Radio during the war years. Victor Vlasov, a Russian now living in Odessa, wrote the three-movement Archipelago Gulag as a picture of that inhumane institution. You can see Bartosz playing the second movement ‘Prisoners Walking’ on YouTube – his performance seems to date from the time in 2009 when he was in the European Young Musician of the Year competition. Watching it will immediately draw you into the sound world we experienced on Sunday – the rhythmic drive is mesmerising and unsettling.
Wladyslav Szpilman’s In a Small Cinema was a reminder of the composer whose wartime experiences in Warsaw were the subject of Roman Polanski’s searing 2002 film The Pianist, winner of the Cannes’ Palme D’Or and 3 Oscars. And we heard a touching Waltz by Wojciech Kilar who, in turn, wrote the music for that film. All the composers seemed to cross with ease whatever boundaries there may be between classical, film and popular music – perhaps it’s us, the listeners, who have created them where in reality none exist?
Bartosz was a fervent and persuasive advocate for all this music. His technical mastery of the accordion is total, and he greatly added to our enjoyment by his spoken introductions. Never mind that his accented English did not carry to the whole audience, his rapport with us was complete, and non-verbal communication was just as authentic in conveying his personal charm and his pleasure in playing for us.
Whilst it was a pity that the use of The Muse was denied to us on Sunday, the Boys’ Grammar School gave OMS every help in transferring to the school Hall. The atmosphere was intimate, and all the facilities which we have at The Muse were unstintingly provided. Stephen Hussey, Director of Music, was single-handedly responsible for seeing to all our needs, and OMS and its audience are most grateful for the time and trouble he took to make sure our concert was a success.